Smurfit Kappa has won the RedEAmérica CSR award for its community development programme in Colombia.

The ‘Integral Territorial Development’ programme, which was launched by the Smurfit Kappa Colombia Foundation over a decade ago, involved close work with a number of rural areas that were in need of development and support.

The activity was focused on the Southwestern region of Colombia and took a grassroots approach to implementing sustainable initiatives that would benefit the community. ‘People’ is one of the five strategic pillars of Smurfit Kappa’s ongoing commitment to sustainability along with forest, climate change, water and waste.

Smurfit Kappa owns 67,000 hectares of commercial forests in Colombia which are sustainably managed to promote the responsible use of natural resources alongside economic development, biodiversity protection and social inclusiveness.

Speaking about the award, Margareth Florez, Director of RedEAmérica, commented: “The Smurfit Kappa Foundation in Colombia has consistently contributed to the sustainable development of communities in Latin America.

“RedEAmérica sincerely thanks Smurfit Kappa for sharing knowledge and inspiring other organisations in their efforts to truly transform.”

Beatriz Mejia, Director of the Smurfit Kappa Colombia Foundation, added: “We were delighted to receive this special award. It’s great to be recognised for our contribution to the construction of peace in Colombia and the transformation of rural development.”

The jury that reviewed all award submissions, was composed of a panel of international experts including professors, consultants and directors of charitable organisations. The Foundation’s programme was chosen from 92 entries across 13 countries.

The Community Transformation award was given to Smurfit Kappa as part of the annual RedEAmérica meeting, which was held recently in Salvador de Bahía, Brazil.

RedEAmérica is a network of 80 companies and foundations that share knowledge and good social investment practice across Latin America and the Caribbean. 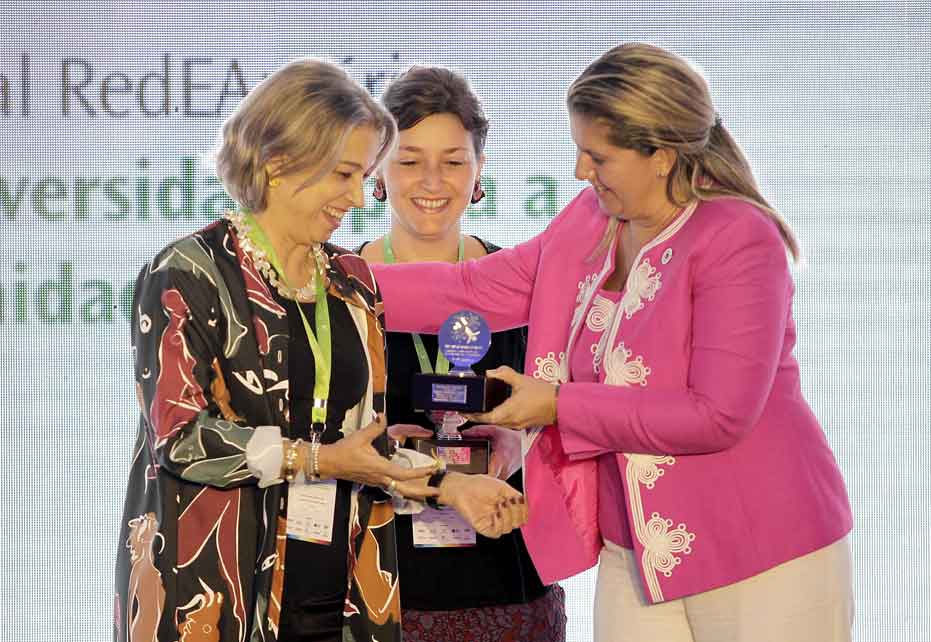