At Smurfit Kappa Composites, we are passionate about supporting our local communities and getting involved in nearby projects - it isn’t just paper tube packaging that we care about. We have recently made the decision to sponsor and support West Cumbria’s Under 18s rugby team.

Throughout the West Cumbria area, there are 12 separate rugby union clubs, and many have youth teams where local children can get involved with the game from the age of 6. As young people progress through age grade rugby, team sizes are increased from just 4-a-side to the full 15-a-side game,. A common concern for local rugby teams is that when children reach teenage years, there are many other distractions taking them away from the pitch. From part-time working and apprenticeships, to further education and socialising, there are many reasons why young people may turn away from rugby.

Under 18s rugby teams are the last chance young players have to play this much-loved game before heading into the world of open age rugby. Due to dwindling numbers, only one club in the whole of West Cumbria has enough players for a full U18s team. Unfortunately, this means many young players who want to continue to play rugby are not able to because their local clubs don’t have the required numbers.

Andrew Branthwaite and Lee Harden, coaches from Workington Rugby Club, felt the plight of many young players and became concerned about the future of rugby union in the area. They came up with the bright idea of the West Cumbria Colts U18s team which has been massively welcomed by all the local clubs. Any clubs in West Cumbria who don’t have enough under 18 players for a full side can pool together to create one team.

Coach Andrew Branthwaite said “I have fond memories of my own U18 rugby union playing days. They were some of the most impactful and enjoyable experiences of my life.  Hopefully this West Cumbria Colts initiative will have a similar impact for the players in our local area.

The players will be made to feel more like one team thanks to Smurfit Kappa who have agreed to sponsor this West Cumbria team with some new playing shirts. Smurfit Kappa believe in this initiative and were only too happy to support it.” 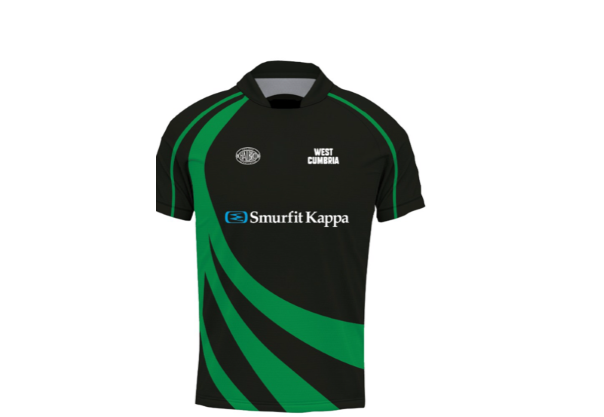 This season, the new West Cumbria Colts team are taking part in the North East and Cumbria League, battling off competition from local sides, including: Bishop Auckland, Darlington, Penrith, DMP, Blaydon and Billingham. And, they will be doing so with professional new kits sponsored by us - which we must say look great!

Caring for our community

David Humes, our Smurfit Kappa Composites GM said; ‘This is a fantastic project which supports rugby union across a number of our community’s local towns. It helps to ensure that there are opportunities for youth to enjoy this great game and further their development as they transition to the open age game. It is quite simple – by supporting this idea, we are helping around 30 players, who would otherwise be lost to the game, to enjoy regular rugby. It is a great sign of collaboration and the right thing to do’.

Our team here at Smurfit Kappa Composites were more than happy to support this excellent, local initiative and this is just one of the many ways we like to get involved with our local community.